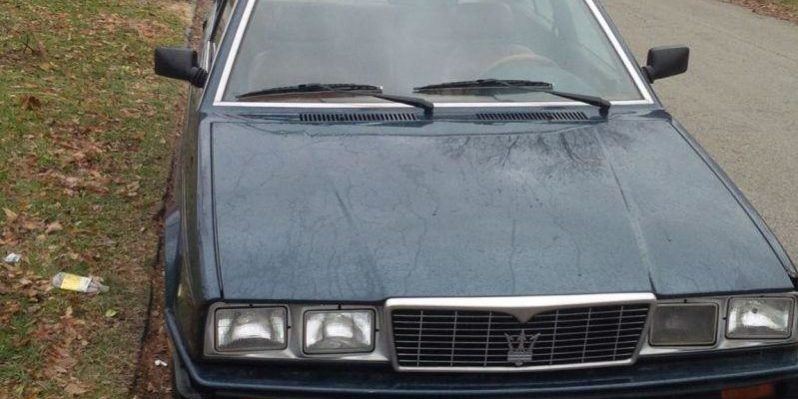 Well that certainly grabbed your attention didn’t it? Here’s the thing though, I’m not just trying to get you with click bait, ladies and gentleman, I’m about to tell you the best story between a man and his car. Forget everything you thought you knew about the Biturbo, because I’m here to set the record straight for good.

The Maserati Biturbo was introduced to the American market starting in the model year of 1984, and was truly the first mass production effort put forth by Maserati. The car at the time featured a 2.5 liter twin turbocharged V6 engine, good for 180 horsepower and was also the first production vehicle equipped with twin turbochargers. Considering these cars weighed just under 2600 pounds, acceleration was fairly impressive for the day.

Not impressive however was the initial issues these cars faced. For reasons unknown, Maserati equipped the Biturbo with a single Weber carb until the model year of 1986 (more on this later) which made for interesting reliability. I’ll say this, I owned a 1985 and it ran approximately three times. Just to adjust the carb, the entire pressure chamber had to be removed. This was the single worst design in automotive history, aside from the first generation Kia Rio.

Also making matters worse was the issue of leaky cylinder liners on the 1984 model year, which had a nearly 100 percent fail rate. The Biturbo was not off to the best start for a new model.

In 1985 the Biturbo E became available, which featured an intercooler system which truly raised power and torque a fairly good amount. Most people will agree torque was raised to the mid 250s from the high 190s. This is a Maserati after all, exact figures aren’t exactly agreed upon.

In 1986 there wasn’t a Biturbo model available aside from the Zagato Spyder, which still unfortunately had used a single Weber carb, so no real improvements were made until…

1987. This ladies and gents, is a very important year to remember. This was the first model year that Maserati decided to do the best thing they’ve ever done in life, and equipped the Biturbo with fuel injection. Intercoolers were now standard, and drivability and power were massively improved.

Early model Biturbos also had the issue of differential failures, the early Salisbury differentials were harsh and about as reliable as that drunken uncle that shows up three hours late to the family reunion. In 1987, the “Ranger” limited slip differential became standard, and they’re known to be rather robust and far smoother.

Additionally, the legendary Si model was available in 1987, featuring a leather and alcantara interior, air to water intercoolers and a sportier suspension. If you want to buy one today, this is the model to get your hands on. I truly believe these will be VERY valuable ten years from now.

Ahh yes, time to get right into my Biturbo, the reason I acquired it, and how I felt about the car.

Ever since I could remember, I’ve wanted to own a fuel injected Biturbo, and I remember when they were insanely cheap too. I remember the days when I cruised Autotrader and would find a few for under $3,000. Those days have long passed us, and just finding an example that is complete is about as hard as trying to find Zima around my parts of Ohio.

I found this Biturbo on Craigslist just outside of Chicago one day, he had it listed as running and driving for $4,000 or trade for an older Jaguar. Ironically, I happened to have an XJ6 with just 60,000 miles that was in showroom condition. I immediately called the man and we agreed to meet.