Maserati 8CTF: fantastic win at the Indianapolis 500 in 1939 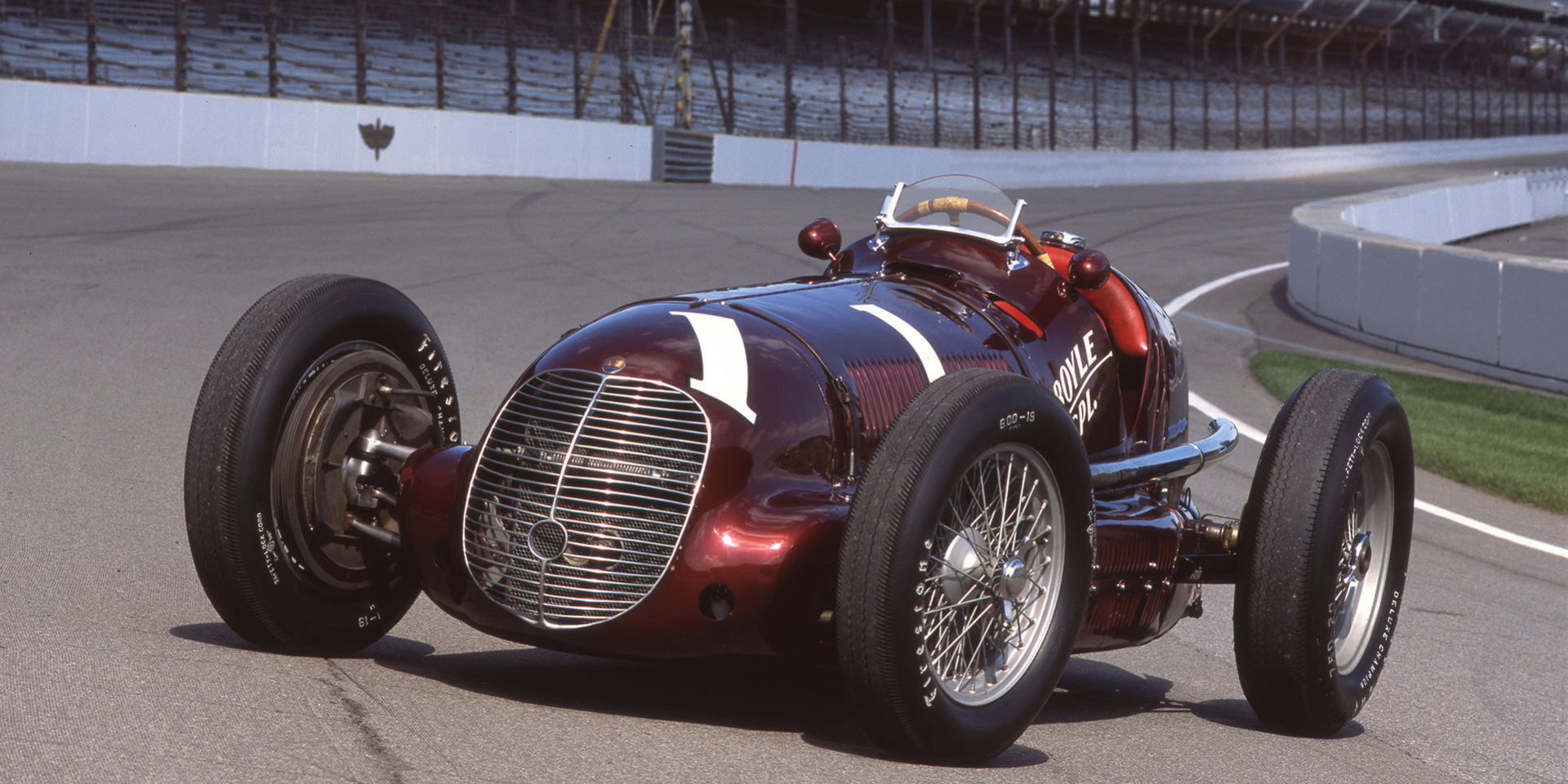 Eighty years ago, the Maserati 8CTF “Boyle Special” triumphed on the Indiana oval

After 20 years, finally a European win at the Indianapolis 500

This was not the first experience in the US for the Trident marque, as Alfieri Maserati had previously been invited by the organisers to attend a number of races in America in the early 1930s. Subsequently, the sale of the company’s shares to the Orsi Group in May 1937 enabled the Maserati brothers to concentrate on designing new racing cars. At that time, the international racing authority had decided to change the technical rules for Grand Prix cars: with effect from 1938 they were going to introduce tighter restrictions, with displacement no longer unregulated but now limited on the basis of the car’s weight, with a maximum of 3,000 cc for supercharged engines. Ernesto Maserati based the development and construction of a new car, called the 8CTF, on these new rules.

The chassis adopted the standard layout for single-seater racers of the era, with two steel section bar rails and cross-members, while the car had a straight 8 engine with cylinders in two groups of 4, cast in a monoblock with the cylinder head: hence the name “8CTF”, or 8 cylinders “Testa Fissa” – fixed head.

Displacement was 2,991.4 cc with a compression ratio of 6.5:1 and the engine was supercharged, with two carburettors and two volumetric compressors. The timing system, with two valves per cylinder in a 90° V arrangement, was driven by two overhead camshafts.

The Maserati 8CTF came to Indianapolis after taking part in a number of races in 1938 which revealed its great potential: Count Carlo Felice Trossi had led the Tripoli GP for several laps, and had taken pole position in the Coppa Ciano. The legendary Luigi “Gigi” Villoresi had recorded the fastest lap in the Coppa Acerbo. These results had attracted a number of customers, who had placed orders for the car. This was how Maserati came to sell a Maserati 8CTF to the Chicago-based US team Boyle Racing Headquarters, owned by Irishman Michael Joseph “Mike” Boyle.  Boyle, passionate about motorsports from an early age, had set himself the goal of winning America’s most famous race, the Indianapolis 500, with a car funded by himself and managed by his team. Before purchasing the Maserati 8CTF, Boyle had taken part in several editions of the race with other cars: Summers, Cooper, Smith, entered in the various years under the Boyle Products/Henning, Boyle Motor Products or IBEW Boyle Racing names, but with little to show for it.

Early in 1939, Boyle’s team manager, Harry W. “Cotton” Henning, arrived in Bologna to buy an 8CTF from Maserati. Once delivered to America, the car was prepared for the race with larger wheels and Firestone tyres, and painted in the Boyle Racing Headquarters amaranth colour livery. It was entered as a “Boyle Special” in the hands of Warren Wilbur Shaw, who started the race, on 30 May 1939, with the third fastest qualifying time, recorded at almost 129 miles an hour (or 207.7 km/h), and came home victorious after leading for 51 laps, after a hard-fought struggle with Louis Meyer’s Stevens-Winfield and Jimmy Snyder’s Adams-Sparks. This was a historic victory for Maserati, since no European car had won on the Indiana track since 1919.

Its 1939 triumph brought Maserati huge international recognition, and at the next edition of the Indianapolis 500 three more of its cars were entered as well as the one driven by Shaw himself. Wilbur Shaw won again in 1940, confirming the 8CTF’s superiority in terms of speed, reliability over long distances and excellent road holding. These victories on the historic US track bestowed unique prestige on Maserati, reinforced by the fact that in the post-war years 8CTF cars, in typically American liveries, starred not only on the Indianapolis speedway itself but also on ovals across the United States.

The 8CTF’s amazing career, one of the longest and most glorious of any single-seater racer, ended in 1950, after Bill Vulcanich failed to qualify for that year’s Indianapolis 500.

In 2014 the United States HVA (Historical Vehicle Association) registered the legendary Maserati 8CTF as the first non-American production car to be awarded a permanent place in the annals of the US Library of Congress. Recorded under the Secretary of the Interior’s “Standards for Heritage Documentation”, the documentation has been placed in the NHVR (National Historic Vehicle Register) and HAER (Historic American Engineering Record).

One of the three cars built, chassis number 3032, the one in which Wilbur Shaw triumphed in at the 1939 and 1940 Indianapolis 500, has been reconfigured with the paintwork it bore on those glorious days and is currently on display at the Indianapolis Speedway Museum.