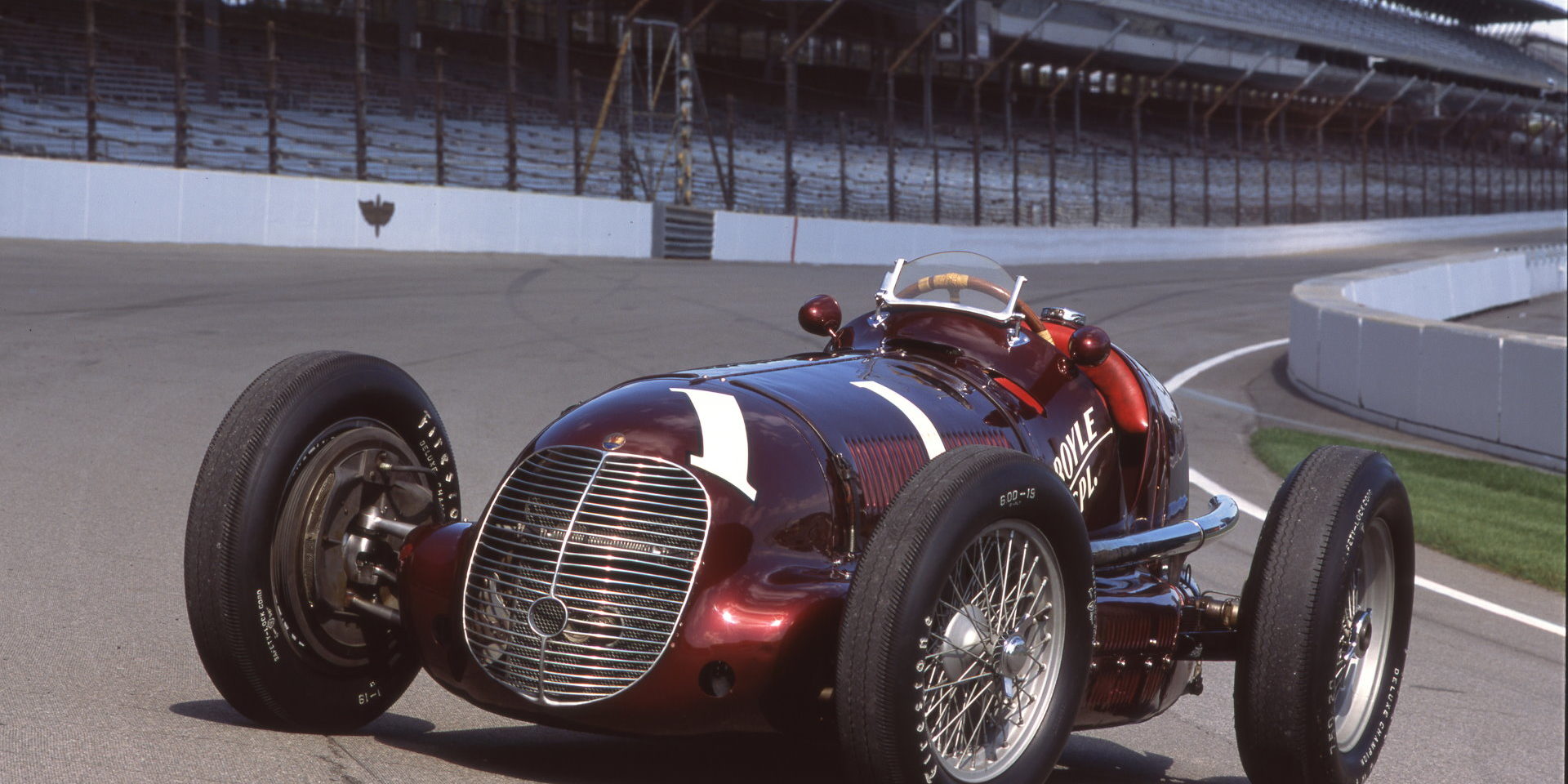 The Maserati brand has achieved international fame for the design, style and performance of its unique cars.  With a tradition and history of successes on the roads and circuits all over the world, Maserati’s victories have made it a standard-bearer for Italian excellence. In fact, racing has always been in Maserati’s DNA: it was in competition that its myth started to grow.

The two consecutive wins recorded on 30 May 1939 and 30 May 1940 at the Indianapolis 500, one of the world’s most important races, with Warren Wilbur Shaw at the wheel, helped to grow the Brand’s notoriety in the United States and internationally.

The 8CTF was another inspired design by Ernesto Maserati, originated in 1938 with the support of the Orsi family, the Modena entrepreneurs who had taken over the business in 1937. Characterised by its 8-cylinder engine with cylinders cast in a monoblock with the head (hence the name “8CTF”, or 8 cylinders “testa fissa” – fixed head), the new car was Maserati’s bid to return to competitiveness against the other European constructors.

The car which won the Indianapolis 500 in 1939 and 1940 was run by the Chicago Boyle Racing Headquarters team owned by Michael Joseph “Mike” Boyle. Therefore, it was entered in the race as a “Boyle Special”.

After the first two victories, in 1941 Shaw seemed destined for a historic hat-trick, but a puncture prevented him from winning the American race a third consecutive time. In 1946, after a break due to the Second World War, the same 8CTF which Shaw had driven finished the Indianapolis race in third place, this time with Ted Horne at the wheel. It was followed home by another 8CTF, driven by Emil Andres. Horne repeated his third place in 1947, and went on to finish fourth in 1948. These very impressive results confirm the amazing sporting longevity of the initial design developed by Ernesto Maserati in 1938, which remained competitive at the highest levels for a decade.

Maserati’s stunning performances in the Indianapolis oval laid the foundations for the birth of an Italian myth in the USA. Its prestige was so great that in 2014 the United States HVA (Historical Vehicle Association) registered the 8CTF as the first non-American production car to be awarded a permanent place in the annals of the Library of the US Congress. Recorded under the Secretary of the Interior’s “Standards for Heritage Documentation”, the documentation has been placed in the NHVR (National Historic Vehicle Register) and HAER (Historic American Engineering Record). What’s more, one of the three cars built, the one driven to victory by Wilbur Shaw in the 1939 and 1940 Indianapolis 500 races, has been reconfigured with the original paintwork and is displayed in the Indianapolis Speedway Museum.

However, the 8CTF’s racing successes were not restricted to events on the traditional American ovals, since this Maserati model was also victorious in another famous race, the Pikes Peak hill climb in Colorado, where Luis Unser was the winner in 1946 and 1947. The Pikes Peak race was run over an uphill course of about 20 km, mainly on unpaved roads and with 156 bends which posed a severe test for both driver and car. The starting line was at 1,440 metres above sea level and the finish at 4,300 metres. These results were exceptional for an extraordinary car that proved highly competitive in totally different disciplines.